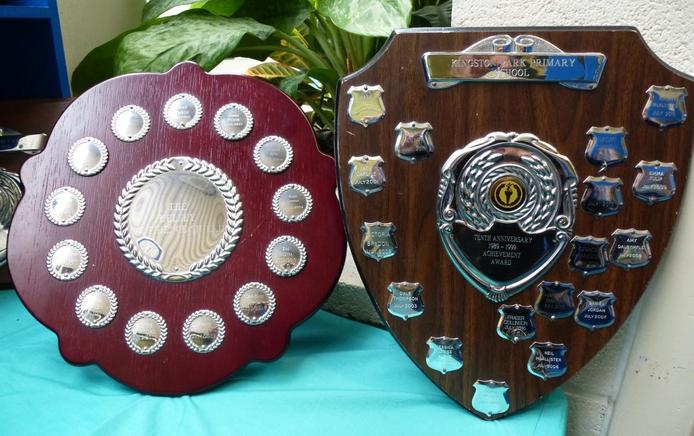 Believe you can and you're halfway there ~ Theodore Roosevelt.

You can find out below about all of the awards which are presented to our outstanding Year 6 pupils at the end of each academic year.

Pupils who receive the awards are nominated by the Year 6 class teachers and then the whole school staff vote to decide the winner.

The importance of Technology and Science in modern life is huge and the role of technology in the lives of individuals is increasingly significant. We can access knowledge and other useful resources at the click of a button or tap of a finger that 20 years ago we could not imagine.

As a local business owned and staffed by people from Kingston Park with children who attend Kingston Park Primary School we wanted to give something back to the Community, Cavtec Systems Ltd are privileged to sponsor the Science and Technology Award and by doing so have donated a transformer book PC to a deserving student, who can use it as a tool for learning, discovery and preparing for the demands of Secondary School. (Matthew Cave ~ Cavtec Systems Ltd)

Introduced by our previous Head teacher Mrs Judy Evans. This award was introduced in 1999 to celebrate the school’s tenth birthday. "We already had awards for children who worked hard and made good progress but I wanted to acknowledge those children who had achieved the highest standards academically by consistent hard work during their whole school career" (Judy Evans)

The Smith Award for Sporting Achievement

The Music Award was donated by two parents, Helen Hanson and Lucy Mowat whose children attended and currently attend Kingston Park Primary School. Both families believe that education should be broad and should develop a wide range of skills and talents in children. Music is a vital part of primary school life, children listen to performances, participate in singing sessions and learn to play instruments.

The Music Award is given to an outstanding musician in year six who has worked hard at learning to play and perform a musical instrument. The award is also designed to promote and encourage the talent of creativity; to celebrate those students who have shown some creative flair by writing and performing their own music.

Unfortunately not the ones with chocolate chips.

Some cookies are necessary in order to make this website function correctly. These are set by default and whilst you can block or delete them by changing your browser settings, some functionality such as being able to log in to the website will not work if you do this. The necessary cookies set on this website are as follows:

Cookies that are not necessary to make the website work, but which enable additional functionality, can also be set. By default these cookies are disabled, but you can choose to enable them below: